This morning my email is blowing up with links to articles describing research by Joshua Spechler and John Cannarella, two Princeton PhD students, that predicts Facebook will lose 80% of its user base between 2015 and 2017. Are they right?

The paper is getting plenty of criticism, but as far as I can tell most of the critics haven't read or didn't understand the math in the paper. Let's take a closer look. Spechler and Cannarella's starting point is a basic model of disease spread called the SIR model. The SIR model (and its marketing variant the Bass model) have been applied to study the spread of innovations for decades. Without calling it by its name, I discussed applying the SIR model to the spread of memes online in the previous post on "What it Takes to Go Viral".

The SIR model is pretty simple. Imagine everyone in the world is in one of three states, Susceptible, Infected, or Recovered. Every time a Susceptible person bumps into an Infected person, there is a chance they become Infected too. Once a person is Infected, they stay Infected for awhile, but eventually they get better and become Recovered. The whole model is summed up by this "stock and flow" diagram. 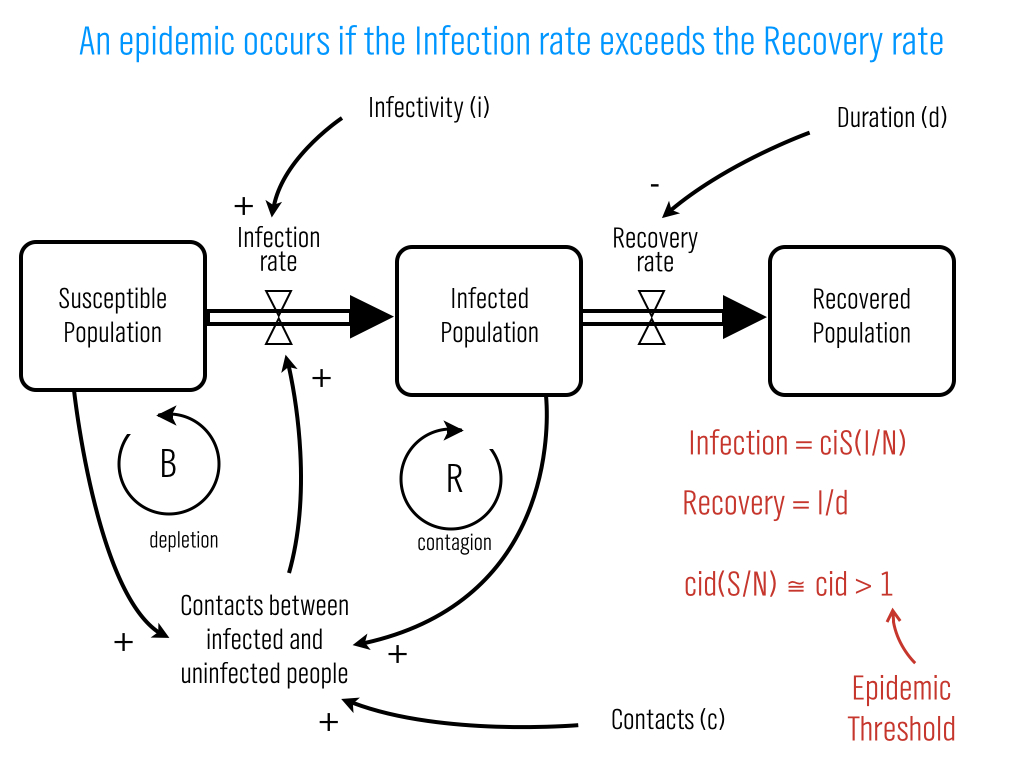 Spechler and Cannarella update this model by making the recovery rate proportional to the number of recovered individuals. In other words, as more "recover" there is an increasing rate of recovery. In terms of Facebook, this would be interpreted as an increasing social pressure to leave Facebook as more other people leave Facebook. In our diagram, this amounts to adding another feedback loop — the "abandonment" feedback loop in red below: 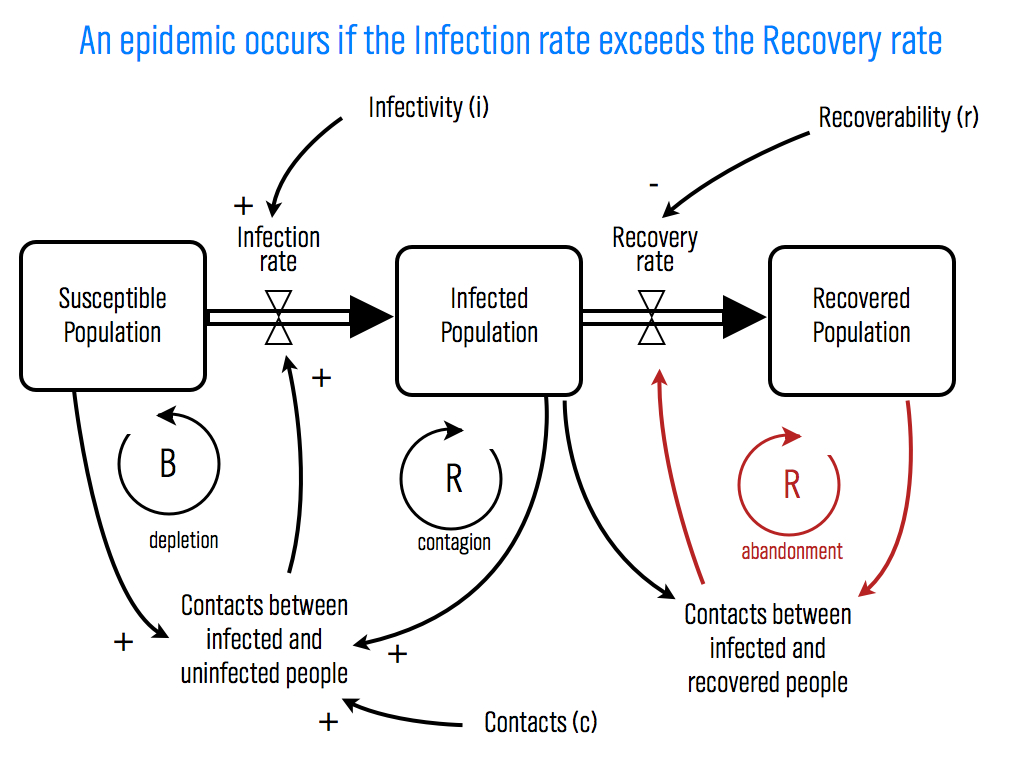 The effect of adding this loop is that recovery is slower in the beginning, because few people have recovered so there isn't much social pressure to recover, but then to accelerate recovery as the recovered population grows. For Facebook, it would mean once people start leaving, they'll leave in droves. When Specheler and Cannarella fit this model to the data, the best fit predicts that this mass exodus for Facebook will occur between 2015 and 2017.

To test their model they fit it to data on MySpace (they use Google Search data, which is a cool idea) and find that it fits pretty well. But, here's where we need to start being skeptical. First, just because the model fits the data well doesn't mean that the model captures what's really happening. It just means that you can manipulate the parameters of the model to produce a curve that goes up and down with a shape similar to the up and down curve that describes the users of MySpace over time. This isn't too surprising.

More problematic is that the model doesn't account for what is most likely the biggest single reason that people left MySpace — Facebook. In this model, the reason people leave MySpace is that everyone else is leaving MySpace — MySpace becomes uncool and there is a social pressure to not be on MySpace. But in reality, people probably didn't feel pressure to not be on MySpace, they left MySpace because they felt pressure to be on Facebook because that's where everyone else was.

I think this is an interesting model, but it's probably better suited to other phenomenon. When I was in junior high, it was cool to "tight roll" your jeans as demonstrated by these ladies. 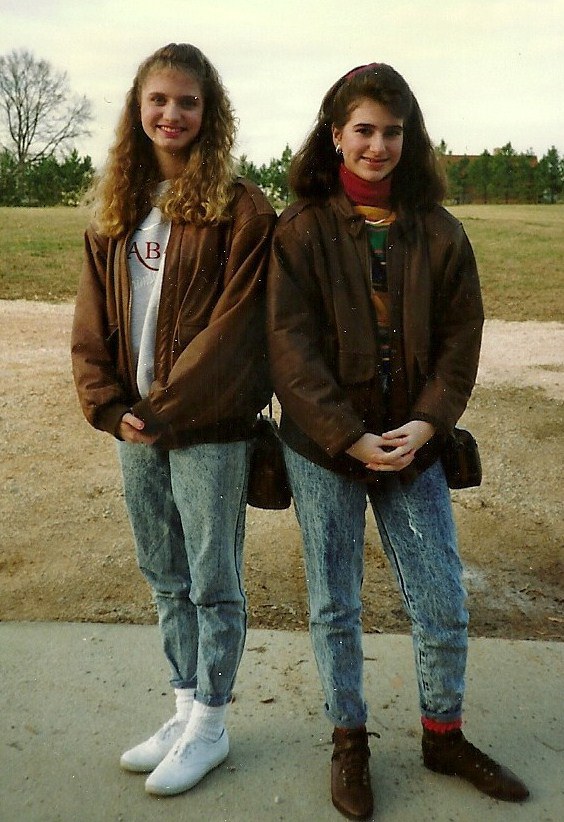 By the time I was in high school, no one would be caught dead tight rolling their jeans. This is the kind of dynamic that Spechler and Cannarella's model captures.

It's quite possible that Facebook will pass away, but probably only if something new comes along to displace it, not because people are embarrassed if someone finds out they still have an account.